Boulder, CO (Feb. 20, 2020) — LEOMO Inc., a leading international technology and sports innovation company, is proud to announce its partnership with Team Hincapie LEOMO powered by BMC, an emerging UCI Continental cycling team that will compete at key races in Europe, Japan and the U.S. in 2020.

The team’s athletes will be training and racing with LEOMO’s new TYPE-S bike computer, a revolutionary digital device that provides cutting-edge motion analysis technology and a wide range of features and functions for cyclists and individuals with an active lifestyle. 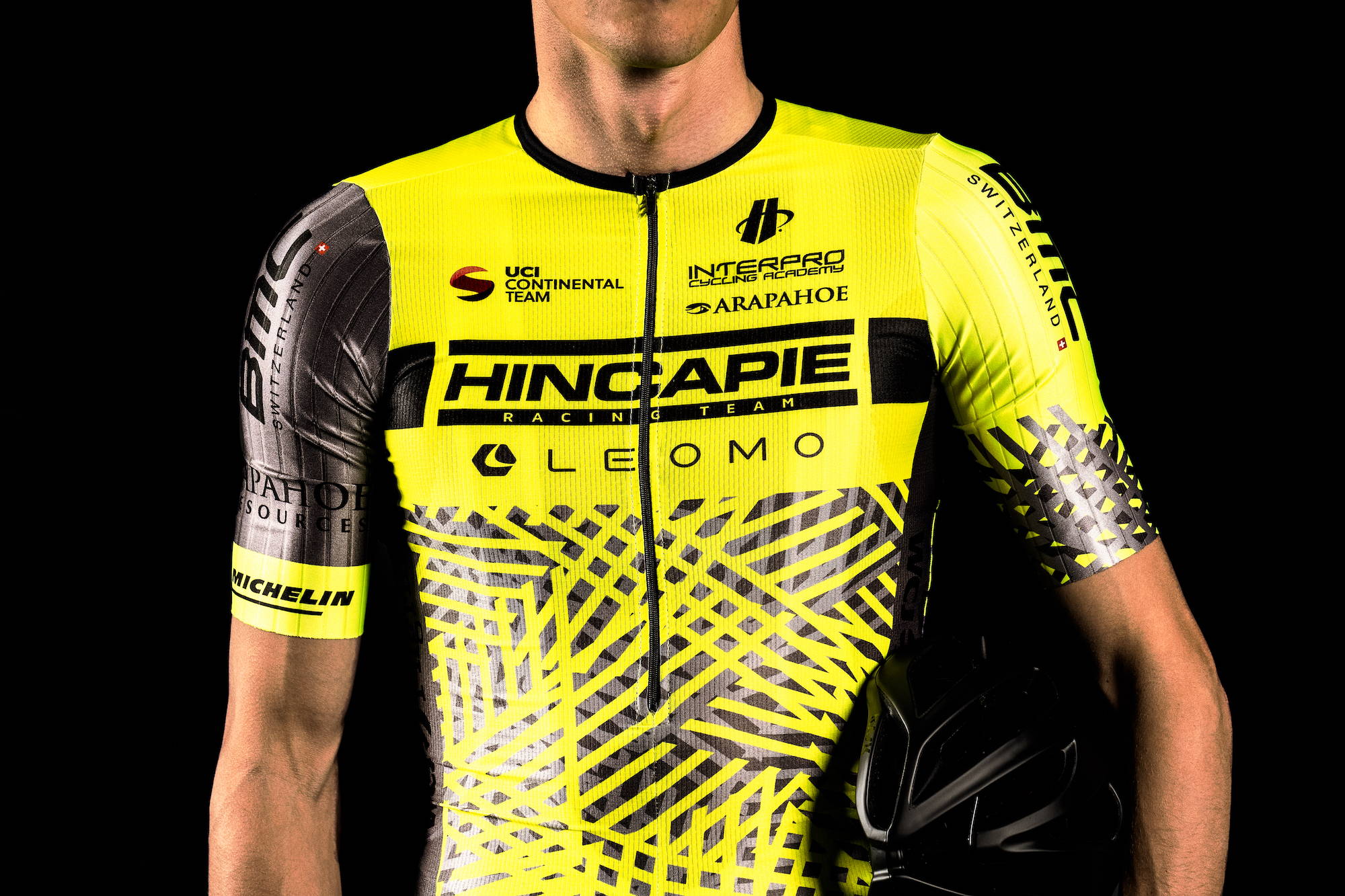 With the support and digital insights from LEOMO, the team’s riders will use the data derived from the TYPE-S device mounted on their handlebars to track their cycling form, fitness and performance throughout the season.

“We are proud to be a supporting partner of Team Hincapie/LEOMO powered by BMC,” said Kunihiko Kaji, CEO and co-founder of LEOMO. “We are committed to supporting professional cycling and providing the opportunity for riders to train and race with precision. We believe the data captured from our motion analysis technology is invaluable to helping cyclists achieve optimal performance.”

Originally organized in 2012 by George and Rich Hincapie, the team has become known for its multiple team wins, individual successes and mentoring cyclists to the next level. Chief Sports Director, Thomas Craven, encourages a family atmosphere on the team, noting that while winning and achieving success is crucially important, even more important is having fun.

Team Hincapie/LEOMO powered by BMC is comprised of 13 young riders from the U.S., Japan, Czech Republic, Italy and Spain. The team is based in Girona, Spain, and will open its season at Tour de Normandie in March and Tour du Finistere in April. The team is led by 24-year-old American, Brendan Rhim (Norwich, Vt.), who is expected to have a breakout season after winning the Tour de Beauce last summer.

“We are excited to have the support of LEOMO this season and believe the TYPE-S and the data it provides our riders will be integral to our individual and team success in 2020,” Craven said. “We have a proven track record of success developing riders and helping the best graduate to the Pro Tour. We believe integrating LEOMO’s technology into our program will elevate the performance of all of our riders in 2020.”

The TYPE-S provides cyclists precise understanding of athletic form, function and performance via five IMU sensors, LEOMO’s proprietary motion tracking technology, and the LEOMO app interface. The TYPE-S also has access to the Google Play store, making it possible for athletes to use all of their favorite third-party apps to further enhance their training and racing experiences.

The TYPE-S runs on the Android 9.0 operating system which allows it to combine the functionality of a sports computer with the convenience of a phone. Wi-Fi connectivity and integration of a Nano SIM card allow a user to stay connected via 2G/3G/LTE connectivity. When they’re not on her bike, Team Hincapie LEOMO riders will be able to use the TYPE-S to email their coaches, text their training partners, call family members and browse the internet all from one device.

Since its inception in 2012, LEOMO has developed new technological innovations in the endurance sports industry. LEOMO plans to continue developing new, groundbreaking solutions for high-performance athletes, coaches, fitters and researchers. The goal is to create high-quality products that focus on the data necessary to optimize athletic performance.

LEOMO, Inc. founded by Kunihiko Kaji and Taizo Son (serial entrepreneur) in 2012, is headquartered in Boulder, CO, with a satellite office in Tokyo, Japan. LEOMO's core business is to sell, design and manufacture devices and related services that contribute to advancements in sports. The company has 53 employees as of February 2020. For more information, log on to www.leomo.io or join the conversation on Facebook, Twitter, YouTube and Instagram